Rajveer Thethy believes it will be exciting to race with his father, Charan, at Kasarani’s WRC Safari racetrack which plays host to the third round of the Kenya National Autocross Championship on Sunday.

Charan, a former Kenya National Two Wheel Drive Rally Champion, will share a Subaru Impreza GC8 with his son Rajveer in the Rallye Sports Club (RSC) organized round which is proudly sponsored by Salomon Kenya and supported by Women in Motorsport Kenya (WIM-K).

Rajveer has previously spoken of a desire to team up with his father as he plots a comeback to the Kenya National Rally Championship in Eldoret in May.

The youngster took a short break from the KNRC following  a mishap in the season- opening KMSC Rally in Il-Bisil where he hit a ditch and broke a control arm. The car was ready in a week’s time but has since undergone a series of test-drives to ensure it’s in good nick.

Here’s is what Rajveer had to say about his participation in Sunday’s race: “Preparations are getting on well. We are working round the clock to get the car ready for Sunday. I will be sharing the same car with dad and we will be racing against each other in the Open Class,” Rajveer said.

Thethy Jr. explains that the idea to compete together in a championship atmosphere and in the same car is a deliberate move to try and grasp a few tactics from his dad who is an old hand in motor racing, both as a mechanic and driver.

“It’s always a steep learning curve on the cockpit. Dad understands the car much more by virtue of his input as our chief mechanic. And having already taken some impressive scalps on the cockpit he always guides me on how to perfect my lines. My driving lines are now closer to where I want them to be.”

Thethy Jr continues: “We’ve always wanted to race together in my rally car, but I also savour the opportunity to learn more and more from his technical knowledge. And who knows? Beating him will also be a bonus on Sunday as it’s a competition at the end of the day.”

“Previously, he has been managing me in the race but now he has the obligation to multitask as driver and manage the team.”

Charan Thethy on his part said: “Rajveer is taking part in both the KNRC and Autocross this season. This weekend we are racing together in the Autocross event as our team will also take part in the Eldoret KNRC. Rajveer’s goal is to win the Autocross Open Class Championship and to get a podium finish in the KNRC. So circuit racing will be key to his ability on corners,” said Thethy.

Neel, Qahir, Manveer Ghale, Ankush will be sponsored by Jaguar Petroleum for the upcoming event sponsored by Salomon Kenya. 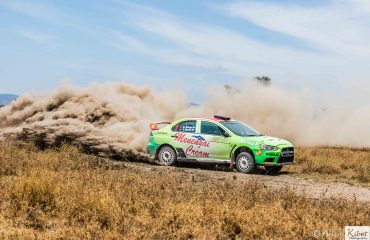 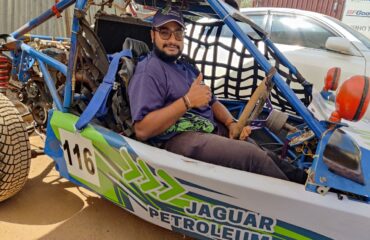 Team Jaguar upbeat ahead of Autocross 3 race in Kasarani 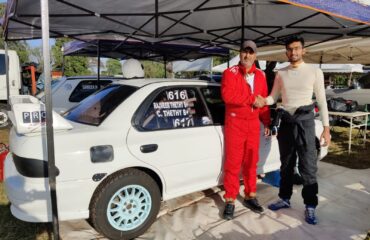