Saturday, 28 May 2022 / Published in Uncategorized

Karan Patel rallied from a first stage puncture to register his fourth straight win of the season on Eldoret Rally 2022.

Driving his old Mitsubishi Lancer Evolution X and navigated by Tauseef Khan, the Nairobi based speedster took the lead from Jasmeet Chana on the 34.48km seventh and penultimate speed test at A.T.C.

He eventually beat Jasmeet by a 1.15minutes margin to win the fourth round of the Kenya National rally Championship (KNRC) which was organized by East African Safari Rally (EASR) at the iconic Cherangani Hills.

Karan picked up a puncture on the day’s opening test at Cheptiret Primary 1 (23.25km) and spent the better part of the day chasing Jasmeet’s cumulative total.

“The start of the rally wasn’t so great for us. We picked up a puncture on the first stage and played the catch-up game for the better part of the day,” said Karan.

But Karan added that the puncture may have been a blessing in disguise; not to let him rest on his laurels. “The puncture kept us on our toes. I think it just made us not feel too comfortable. The tarmac stage was great but then again it used up the tyres on its initial run.”

Karan has swept the ground with all and sundry, and his win in Eldoret went down as his  fourth of the season after the KMSC Il-Bisil Rally, Nakuru  Rally and April’s ARC Equator Rally.

In his stunning comeback in Eldoret, Karan also savoured maximum bonus points for winning the repeat run of the 17km at Seret stage which counted as the event’s Power Stage.

Jasmeet was happy with second overall position and here’s what he had to say about the high-altitude experience in the “Home of Champions”: “I think because of the temperature and the high altitude , we were struggling climbing up the hills in the afternoon. We didn’t have a maximum boost as much as we tried pushing. It came to a point where the car was overheating, so we let go.”
Jasmeet added: “The roads are amazing though. They are open roads but all managed properly. Stage 1 was very fast. Stage 2 at Chebai, very different, I mean as Kenyans we are not used to driving on tarmac. So, it was a steep learning curve for us but very interesting as well. Stage 3 was quick towards the beginning and the ending became a bit difficult.”
Old boy Ghalib Hajee returned to his Eldoret home turf for the umpteenth time after a long layoff, but made all the local knowledge and experience count when he returned his Evolution X to third overall position.

Ghalib: “The tarmac stage was really great. But being the only entrant from Eldoret I really had to push sensibly hard to please the home fans. Seeing the home spectators cheering me on by the roadside, was a great feeling.”

Sam Karangatha won the Classic category in 5th overall position behind the wheel of a Minti Motorsports Datsun 180B and navigated by Steven Nyorri. Former Brookhouse schoolmates Leonardo Varese and Kigo Kareithi in a Toyota Auris won the Two Wheel Drive category. 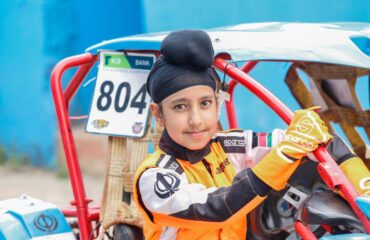 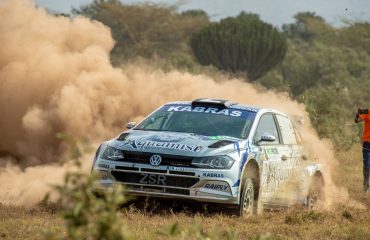