McRae Kimathi believes his return to the FIA African Rally Championship (FIA) will work to bolster his Junior WRC aspirations.

Kimathi junior will be using next week’s ARC Equator Rally to prepare for the WRC Croatia Rally slated for April 21-24.

The career accountant was one of the standout performers on WRC Rally Sweden where he steered his M-Sport Ford Fiesta Rally3 to a WRC 3 Podium and fourth in Junior WRC.

Despite early scares, Kimathi roared back to become the first ever Kenyan finisher on the winter fixture that ventures deep into the frozen and remote forests of north-eastern Sweden.

“The next target for me is the African Rally Championship in Naivasha on the weekend of April 1-3 after which I will be heading out to Croatia to compete in the third round of the WRC and second of the Junior World Rally Championship.

“ARC Equator Rally is just to keep me fit for Croatia, but then again, I want to defend my Africa Rally Championship Junior title so that’s something I’m very keen and passionate about. For the ARC, it’s just a matter of putting into practice what we have learnt in Europe and keep improving to try and retain the title.” Kimathi explained.

Kimathi and his partner Mwangi Kioni will be doing the full ARC Championship in their other M-Sport Poland prepared Rally3 car that’s stationed in Kenya.

He added: “About KNRC, I am not really sure as I crashed my car in Il-Bisil but if I manage to get it fixed in time, I might do a few KNRCs.”

The ARC Equator Rally will serve as a dry run for the WRC Safari Rally slated for June.

Kimathi reveals that his Junior WRC race adversaries are experienced and well- versed with European terrain.

“Most people in Junior WRC have done these events before so for me it’s just to learn the new stages and gather as many points as possible to keep improving my pace and see where I end up at the end of the season.”

Because Kimathi will encounter something new in every WRC event, he is going to take part in, he believes more seat-time is inevitable on the ARC front.

“It was very interesting on snow, new terrain, new surface for me, as we had a small off which maybe was due to driver error, or maybe lack of experience but we managed to get the car back on,  thanks to spectators, we were able to get a very good finish and get some good points to start the championship with. For now, we’ll just build on it and take each event as it comes as every round for me will be a new experience.”

The second WRC appearance in Croatia will be a tantalizing mix of asphalt, with some surfaces worn and bumpy due to weather and water damage and others much smoother.

“Croatia will be new, a fast tarmac event and as my colleagues told me, it becomes really slippery when wet, something we have to be careful about. I have never driven on tarmac, but we are planning something soon, maybe have a test before Croatia just to know how the car feels on tarmac. All the events we must leave slightly earlier so we can get some testing time. M-Sport Poland has been giving me an opportunity to learn and to get me up to speed.”

Kimathi believes competition on Rally of Greece will be closer “because it is very similar to Kenya.”

“Rally of Estonia will be like Finland, a very fast route- maybe something that I am really looking forward to. It’s gravel but a different kind of gravel with massive jumps and even faster than Finland.” 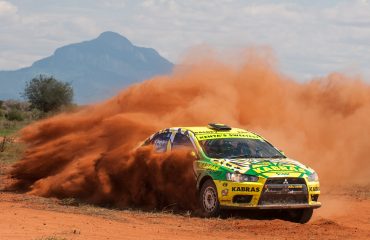 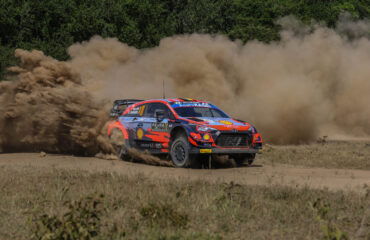 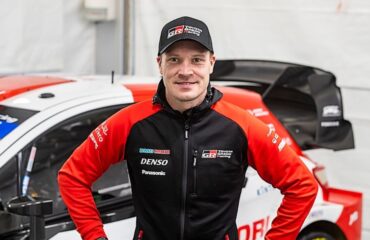